Throngs of people milling about,
just so they can witness the
sublime evanescence of these things.
They bloom in silky whites and reflect the sun,
and they sway and blush in fleshy pinks,
as if thousand year old poets had written about them
and they know,
and others still do
and they know that too, and are embarrassed if just a bit.

They bloom like that for maybe a week,
before they tire of the attention and fall like snow
in flurries,
and they make us forget the Winter snow,
and then they are done for the season,
and it's as if nothing had happened.

But I'm here on the transition,
when some swirl and descend like powdery flakes, but
only when disturbed by the wind,
the wind that comes with Spring clouds,
through which only glances from the sun make it,
like glancing up at Nirvana,
if just for brief respite from the Springtime rain, and
as I'm walking past the people,
cameras out, children climbing, ladies
in bright dresses and sun hats,
grass muddy from the rain and worn by the
millions of feet,
throngs trampling over the turf,
mingling the petals with the small gravel,
young people, people probably writing about the
snowy petals, probably trying to shasei things up a bit,
even if they don't know they're doing it,
and as I meander idly past,
I spot someone as weathered as the grass is worn, and

He sleeps in a bag beneath twin trees,
avoided by the people.
The grass around him is green and lush,
and petals unable to resist nature's law lie around him,
still undisturbed.
I look around for the river, and hear its om.
I check for the ferryman but don't find him.
I glance back at the tree, confused that they're not sala trees.
They're not, and plenty of pink petals hang on the branches, still.
A sacred garden.

I witness this scene, and only then
do I feel I really even started understand the beauty
of the hanami. 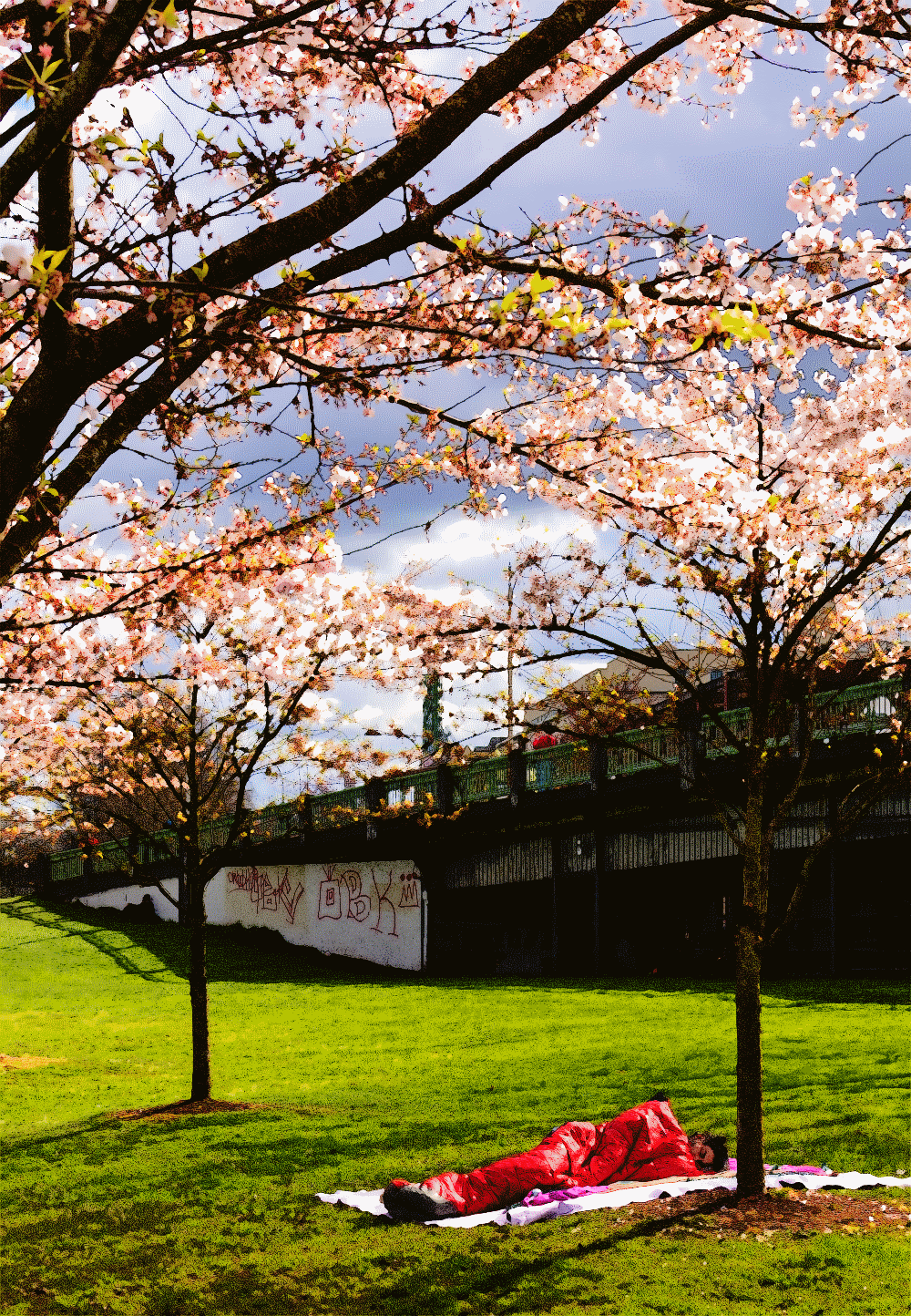 花散れば 先づ人さきに白の服着て家出づる 我にてありしか When the flowers fell, The first to put on white clothes, and go outside was me.

Yellow Wire The other day I saw a kid trying to pull the stop bell. You know, that long chain of yellow wire that hangs all across the buss which, if you pull